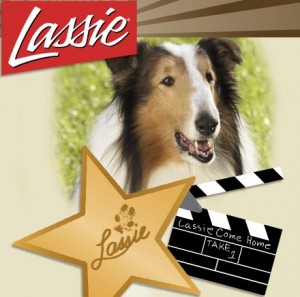 For many years there has existed what I refer to as “The Lassie Myth.” Timmy has fallen down the well. Lassie, being the intensely intelligent, fiercely loyal and servile creature she is, runs home and alerts the family to Timmy’s condition, then leads them to Timmy and saves the day. Lassie does this with no prior training from her family and apparently acts only on her sense of duty and servitude for her family, asking nothing in return. Lassie’s behavior is motivated solely by her love for humans, her her role as the loyal defender of the family.

The Lassie Myth does us a great disservice in creating a reality that is in error. We must remember Lassie was just an actor. In The Silence of the Lambs, one of my favorite movies, Anthony Hopkins plays a severely disturbed serial killer. Does that mean Anthony Hopkins is really a jailed sadistic genius. Nope, he just plays one in the movies. Is Lassie really a hero by nature? Nope. He just plays one in the movies. It is critical for us as humans to separate fact from reality and be able to have realistic expectations of our relationship with dogs, not with the artificial roles created for them by the media.

This idea dogs should obey and serve humans because of their very “dog-ness” is puzzling and frustrating to me. Thanks, popular media – but no, thanks. The problem with The Lassie Myth is that it perpetuates misinformation and a culture among dog owners of feeling shame or guilt for rewarding good behavior. Many of my students initially come to class wondering what they are doing “wrong” that the dog refuses to obey. 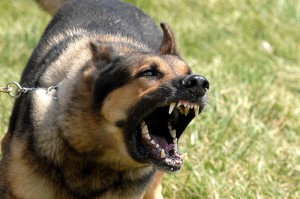 People who feel like their dog is more Cujo than Lassie often worry they are doing something wrong. Because of the feeling that dogs naturally work to please their humans if they “respect” the human enough, many owners begin working harder to get “respect” from the dog. Popular television shows, training books, blogs, videos and classes have all fed into this process, often recommending or endorsing methods that are unfriendly to dogs, if not blatantly harmful. These methods can also be quite damaging to the human-animal bond because they use fear and intentional conflict to suppress behaviors.

It can be quite reinforcing for some people to lord over a dog, intimidating it into compliance. But is it safe? Is it right? Will it bring out the dog’s inner Lassie? No. It will, however, undermine what should be a trusting relationship involving teamwork and problem solving on both ends of the leash.

The problem is that Lassie, like any other television or movie personality, is only a fictional character. She does not exist – she was portrayed by a series of highly trained (male!) dogs that had been conditioned to perform a series of complex behaviors by their handlers (the Weatherwax family) using dog-friendly methods. The handlers spent many hours training these diligent dog actors to perform their silver screen heroics. 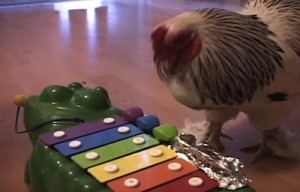 Further, The Lassie Myth fails to address the wide variety of trained behaviors animals other than dogs are more than willing to perform. Why should dogs be treated differently from other learners? What is it about being a dog that means harsh methods will work better for the learner than friendly methods will?

Dogs, like any other creature including humans, whales, birds and insects, are self-serving creatures. Dogs perform behaviors that benefit them in some way. To put it simply, dogs do what works. I certainly work better if I am paid for my efforts – so do my dogs. Lassie’s trainers used tools such as food and toy rewards, verbal praise and fun games to teach the complex behaviors we saw on television and movies. But it’s not all about treats and toys, it is about developing an understanding of how dogs learn and taking the time to invest in building a relationship with a dog to facilitate training.

So what are the steps to success? Find what your dog wants and loves, and make sure that access to those things is associated with desired behaviors, and develop a language of understanding so the dog knows exactly when something they love is coming right away (eg clicker, verbal marker, visual bridge, tactile bridge, etc). My own dogs love to work for play, toys, treats, verbal praise, touching and attention. Many dogs love working for things like access to favorite sniffing spots, the ability to be allowed to chase squirrels, or in the case of my work with my Border collies, access to SHEEP. Positive reinforcement doesn’t just mean shoveling cookies into my dog. It means increasing the likelihood desired behaviors will occur with greater frequency, intensity or duration in the future by making sure the desired behavior has a favorable consequence. Remember, dogs do what works just like any other animal, including the human variety!

Can you imagine putting a choke chain on an Orca? What about a shock collar on a chicken? Yet both of these animals often know more behaviors than the average pet dog. It is time to let go of The Lassie Myth, and stop convincing dog owners to blame themselves or feel guilty for having a dog who does not serve them with every breath, simply because it is a dog.

There is no shame in rewarding right behavior. Never feel guilty that your dog doesn’t hang on your every word, run into town to get milk and eggs, save the neighbors from a fire and do your son’s homework on the way home, all in exchange for a roof over his head. Lassie was just a beautifully trained actor.

Peace be with you, and in your relationship with any animal you may be teaching and learning from.

This entry was posted in Uncategorized. Bookmark the permalink.